Pilates – The Way to True Health 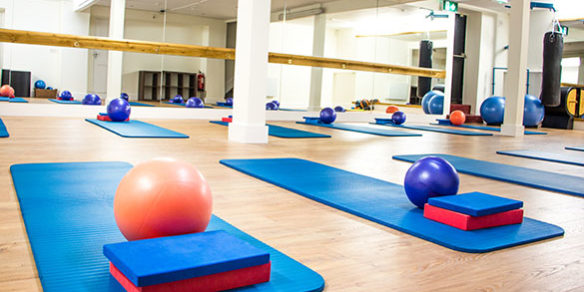 What can Pilates do for you?

We’re a nation that likes to work hard and play hard. We also like to exercise hard, especially if we’re good at it, but sometimes we can train too hard. The flip side to that is thinking you can’t train or exercise at all. Maybe you’re afraid of injury or are so far away from it that the body isn’t up to it. The typical example is the guy was good at sport in school, continued to exercise in his 20s and then became involved in career, married, family became a priority and he’s lucky to get out for the odd astro game. But the body isn’t in great shape and muscular pains arise.

It’s a common mistake to fall back into the same training regime you last did a decade ago. I worked in commercial gyms for many years and would see middle aged men doing workouts that guys in their early 20s were doing.
So what’s my point? Exercise smart and learn about what you can do and what your posture will allow.

Back when I started out as a fitness instructor, it was protocol to devise exercise programs based on posture. Many years later the formula remains the same.

So why is Pilates so good?

It teaches us to breathe fully into our lungs and gives us movement in between our ribs. People with short upper back muscles may have restricted breath. Breathing well allows us to move better in our upper back.
It gives us stronger abdominals and a flatter stomach; the deep abs that it targets allow us to get stronger in our lower back. The exercises also help us move better through our lower back and hips. An experienced instructor will show you how to work your abdominals and pelvic floor.

Muscles in our body have various roles.

The Power strength set stay on most of the time and we’re often guilty of overworking them.

The Posture muscles need to be accessed, they typically don’t stay on. Some professionals refer to them as the humming muscles. They flicker on and off, we have to exercise them and move the body in certain ways to strengthen them. For example, the person at the desk who is rounded over the computer is not using their upper back muscles and may be relying on the neck and lower back muscles to take the load.

Pilates helps keep our bones aligned; body awareness, movement and strength can help us get an understanding of how our joints and frame (skeleton) work.

Where exercise is concerned, women are more designed for endurance and tend to be weaker than men. So posture can be the issue. On the other hand, women tend to take well to Pilates because their flexibility or range of movement is better than men in a lot of cases.

Men seem to be guilty of overworking the power muscles and as a result tend to lose their flexibility. Switching on the deeper set of muscles can be tough for men and seem almost like endurance work. Once they get it, they love it. Strenthening problem areas like the lower back and hips allows men to return to exercise and games, or just stay doing Pilates leaving them feel free in their body. The way we were meant to feel all along.

Pilates Fundamentals and Beyond by Brett Miller
April 29, 2019

Pilates – keep fit during and after pregnancy
April 29, 2019